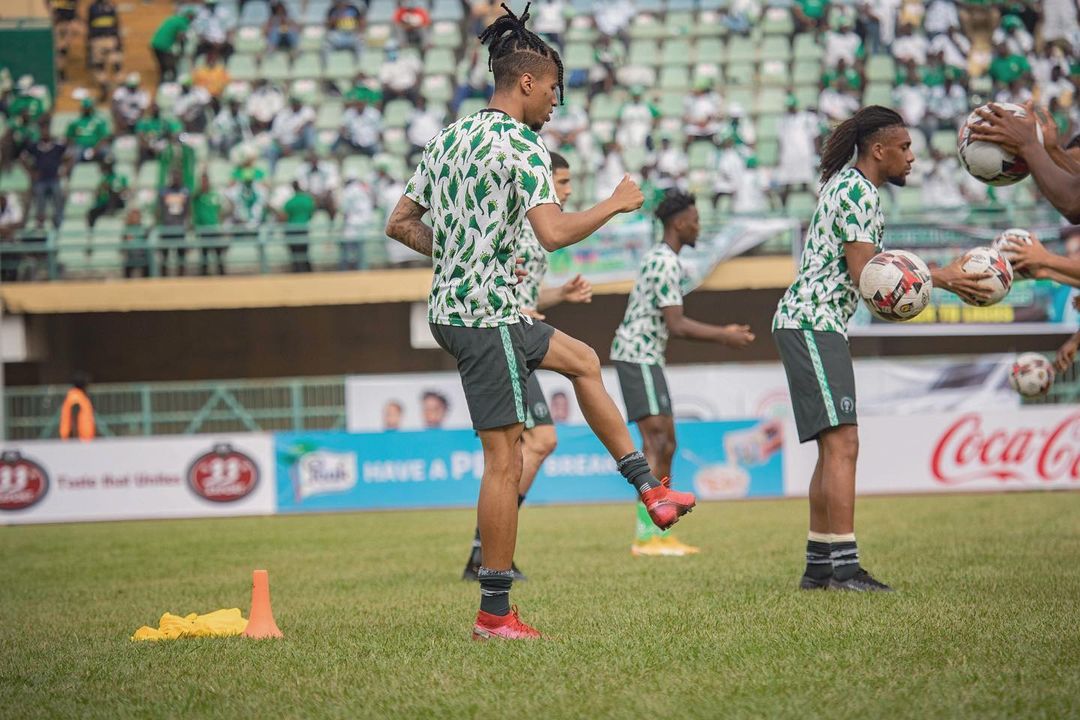 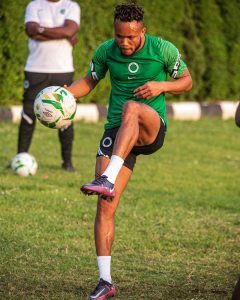 No doubt, one of the revelations or discoveries of 2021, Chidera Ejuke’s mesmerizing skills, vision, and ability to take on opponents will catch the AFCON 2021 watchers’ eyes.

Ejuke who was ranked as the third-best dribbler in the world, according to CIES Football Observatory in November, 2021, didn’t come as a surprise as he is known for his quick feet, a quality that enables him to move past opponents’ defences like a hot knife through butter.

Although Ejuke is yet to score or register a goal assist as Super Eagles player, the former Heerenveen man has been brilliant for CSKA, contributing four goals and three assists in 13 matches as an attacking midfielder.

The AFCON 2021 may just be the perfect platform for Ejuke to officially announce his name to the world and also claim the number 10 shirt in the Super Eagles. 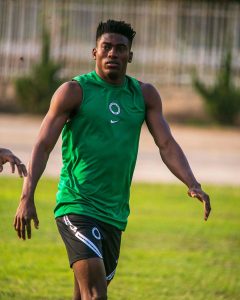 Despite enjoying a good season so far, Awoniyi is still not in the forefront of candidates for the No.9 position in the Super Eagles. But there is now an opportunity for him to lead the line against Egypt, at least, in the enforced absence of the injured Victor Osimhen and club-tied Odion Ighalo.

Awoniyi is tall, fast and powerful – the characteristics that make him a great player, with the ability to run the channels if required. He is Nigeria’s top scorer in the top five European leagues, having scored 14 goals in 27 appearances, in all competitions, for Union Berlin this season.

Awoniyi may not knock Osimhen directly off the No.9 role, but he can become the second-best choice if the goals flow in Cameroon. Touted as the new Jay-Jay Okocha after his sublime performance in the 2015 FIFA U-17 World Cup, where he captained the Golden Eaglets to lift the trophy. However, his club career has not helped bring that prediction to fruition.

His sterling performance for Nigeria against Atletico Madrid in a friendly match made the mouth salivate, and many will be praying that the full potential of Nwakali shows up in Cameroon.

Now 23, and playing regularly in Spain’s second tier side, SD Huesca, but yet to make a full debut for the national side, he now has an ample opportunity to use the AFCON 2021 to re-spark his career. 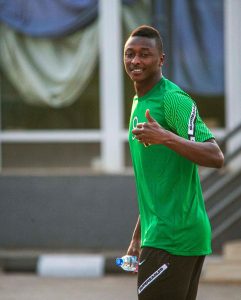 After a brilliant performance with the Nigeria’s under-23 team at the 2016 Olympic Games, where he scored four goals to help the team claim Bronze medal, Sadiq Umar has maintained his goal scoring form in Europe

Umar, who has been banging in the goals for Almeria in the Spanish Segunda B, will be relishing the opportunity of shouldering the Super Eagles goal-scoring responsibility with the absence of the duo of Odion Ighalo and Victor Osimhen from the squad for the 2021 Africa Cup of Nations inRI Cameroon. 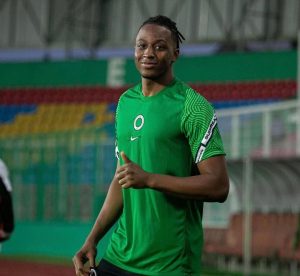 The Rangers midfielder has become a regular player in the Super Eagles squad since making his debut for the team against Ukraine in an international friendly game in 2019.

Aribo is known for his speed and athleticism and he is one of the players football lovers are hoping can play up to his potential and help bring back the glory days of Nigerian football at AFCON 2021. 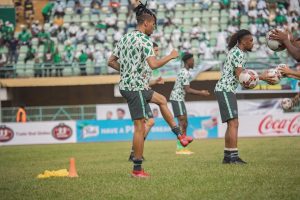 If it were just skillset and composure that is used to judge the candidates for the full-back positions in the Super Eagles, Ebuehi would be No.1.

The Netherlands-born defender is a classy player who has been bedevilled with bad luck from injuries. The 26-year-old looks to have found a home with Venezia in Serie A, where this season, he has made 12 appearances.

A composed showing devoid of injury could give him the edge in Cameroon. 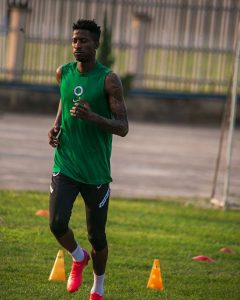 Another briliiant player who will be hoping to use the AFCON 2021 as an opportunity to cement his place in the Super Eagles squad. Olayinka, who has an eyes for goals will patiently wait for his chance in Cameroon