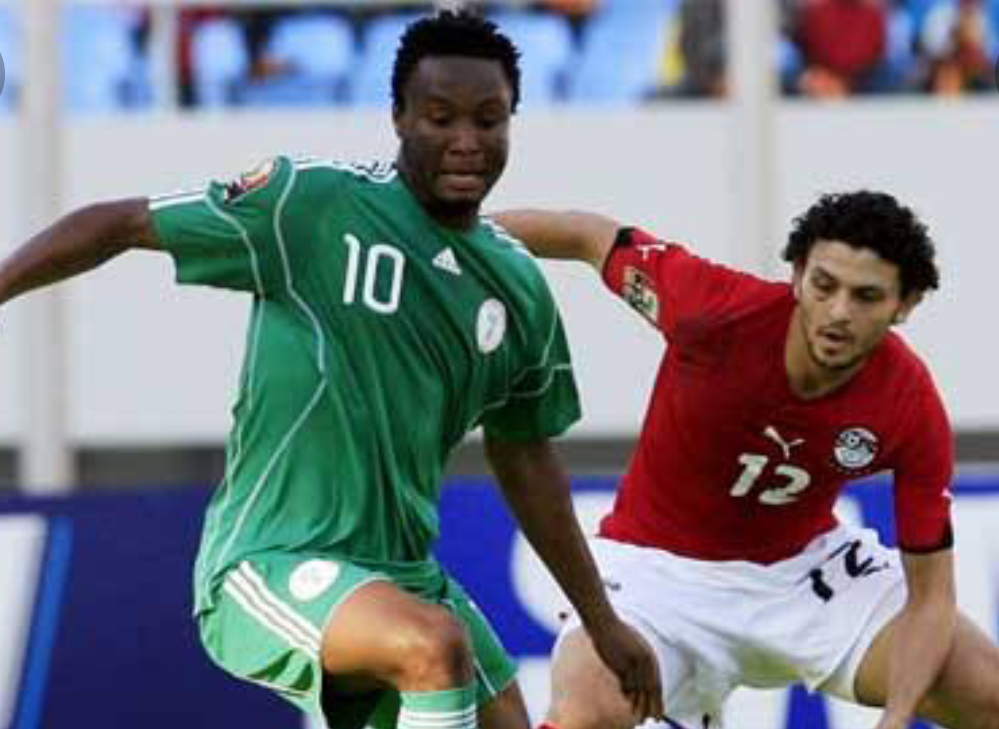 The Super Eagles of Nigeria will kick off their 2021 AFCON with a difficult Group D opener with The Pharaohs of Egypt on Tuesday, January 11 2022 at the Roumde Adjia Stadium, Garoua.

Ahead of the heavyweight clash, we take a look at the Super Eagles’ five recent AFCON opening games against North African countries.

The Pharaohs of Egypt started the defense of their AFCON title at the 2010 edition with a tough opener against the Super Eagles of Nigeria.

Chinedu Obasi gave the Eagles the lead on 12 minutes, before goals from Emad Moteab, Ahmed Hassan and Gedo earned Egypt a 3-1 comeback win.

And while Egypt went on to win a third consecutive AFCON title, the Eagles finished third.

Both countries clashed in their first group game at the 2004 AFCON hosted by Tunisia.

But it was Morocco who emerged winners thanks to a 77th minute goal by Youssef Hadji.

Morocco went all the way to the final where they lost 2-1 to Tunisia while the Eagles beat Mali 2-1 in the bronze medal match.

At the Mali 2002 AFCON, the Super Eagles started the tournament with old foes, Algeria.

And with just two minutes left in the first half, Julius Aghahowa scored the only goal of the game to give the Eagles a 1-0 win.

The Eagles and hosts Mali qualified for the quarterfinals while Algeria crashed out.

In their first group game the Super Eagles faced Tunisia at the National Stadium Lagos and won 4-2. Nwankwo Kanu provided three assists from which Austine Jay-Jay Okocha scored two goals in the 28th and 58th minutes, while Victor Ikpeba scored the other on 71 minutes. Benedict Akwuegbu provided the assist for Ikpeba score the Eagles’ fourth goal in the 77th minute. Walid Azaiez and Zoubeir Baya scored for Cathage Eagles in the 49th and 90th minutes respectively.

Both teams progressed to the semi-finals with the Eagles going on to qualify for the final where they lost to Cameroon.

This was one of Nigeria’s worst ever opening games at the AFCON as they were hammered 5-1 by hosts Algeria.

Rabah Madjer and Djamel Menad each got a brace while Djamel Amani had a solitary strike with Emmanuel Okocha getting the Eagles’ consolation goal.

The two countries met again in the final, and the Algerians pipped the Eagles 1-0 to record their first AFCON title.