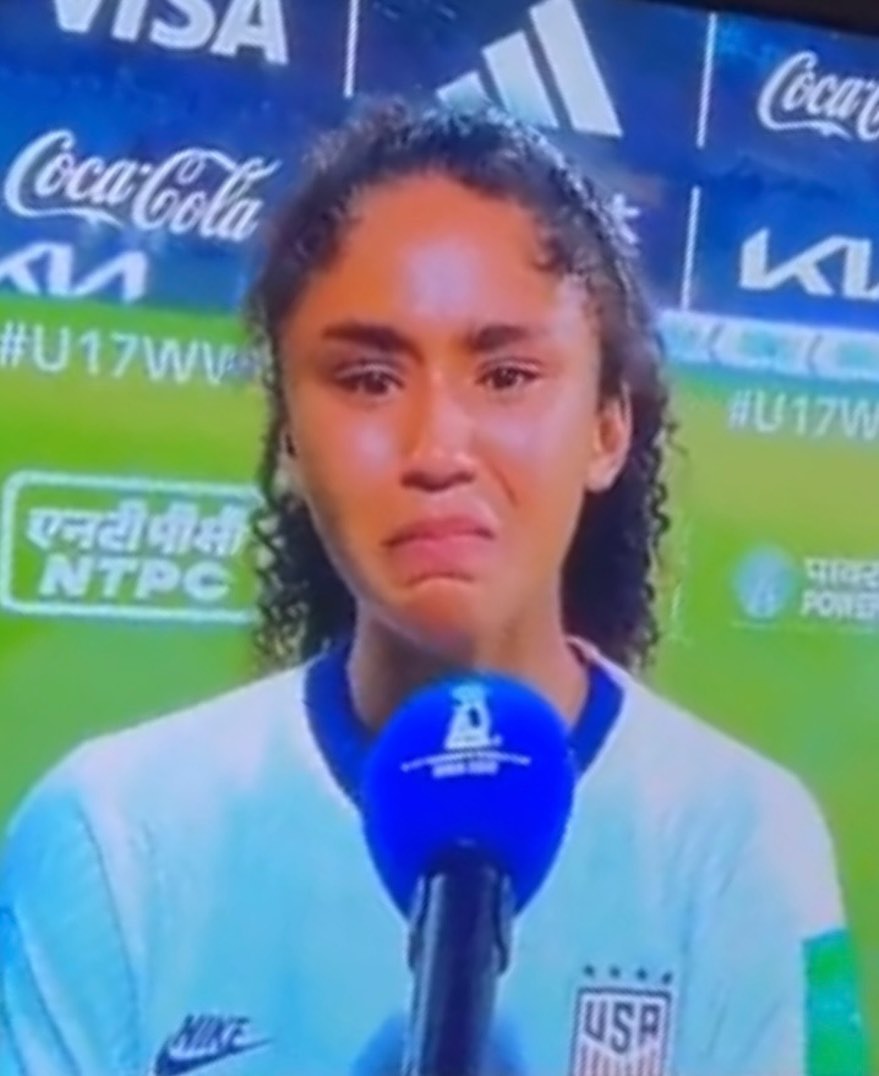 Nigeria’s flamingos defeated their USA counterparts in the quarter final played on Friday at the ongoing U-17 Women World Cup in India 4-3 on penalties after playing out a 1-1 draw in the regulation time.

However, one person that would eventually headline the event was a USA player who is also of a Nigerian descent,Onyeka Gamero.

Gamero is eligible to play for three countries; America, Nigeria and Spain.

She would be remembered as part of the team that won the CONCACAF U-17 tournament for USA this year’s May.

The 16-year old forward also etched her name in gold when she scored the third and final goal for her team as they defeated their Mexico counterparts 3-0 to lift the regional trophy in May at Dominican republic.

Gamero plays on the attacking right side of USA 4-3-3 and has scored 1 goal in three games.

Also known as Paloma, she had ahead of the game against Nigeria had expressed how her skills will help the team defeat Nigeria.

More surprisingly, the promising attacker who won the Player of the match award in their 8-0 victory match against India couldn’t hold her tears during the post match interview after their loss to Nigeria.

Serie A: Aina Scores First-Ever Goal For Torino In 2-1 Win At Udinese