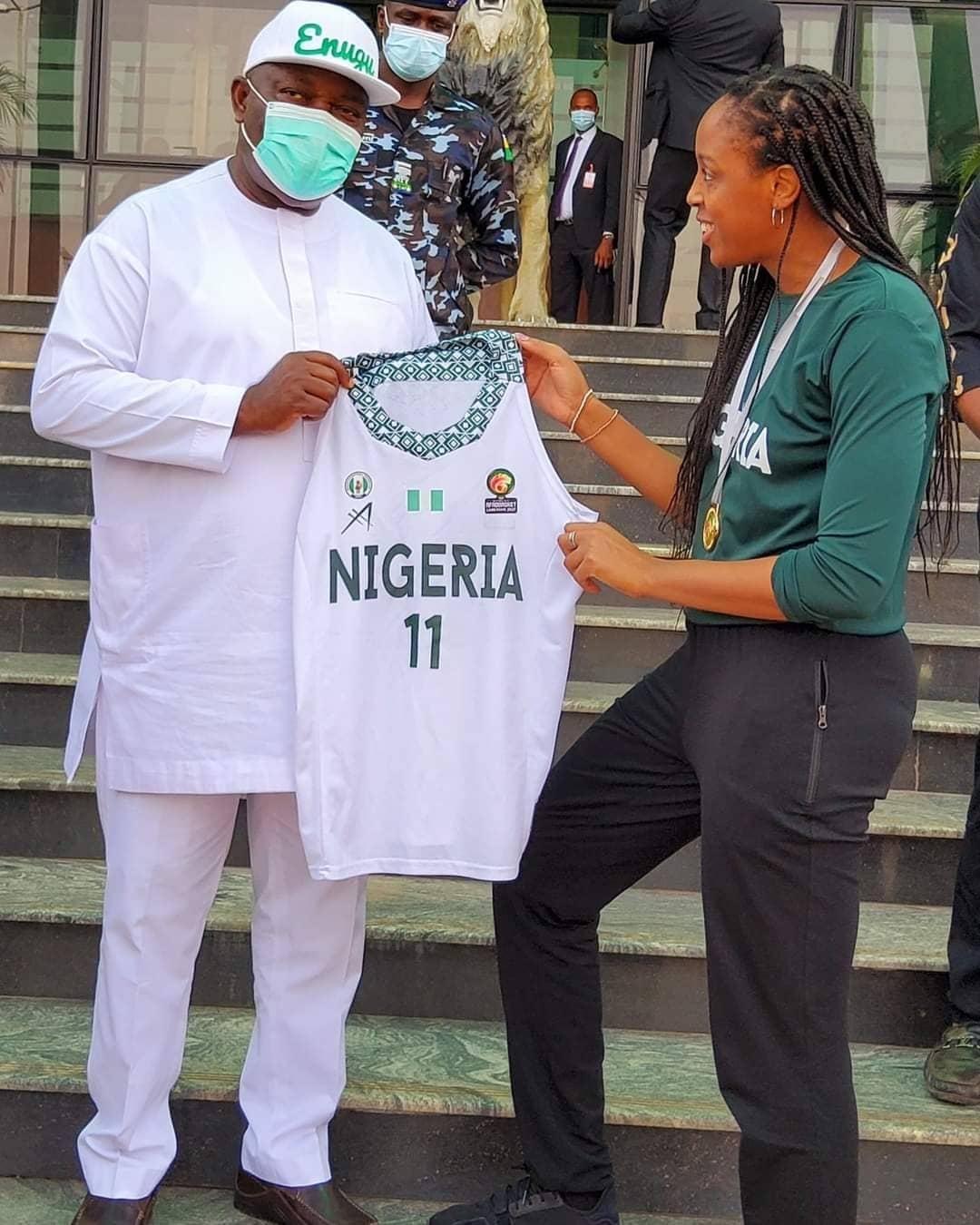 Elonu who plays basketball in Russia, Spain and the US is in Enugu for the festive season and other engagements.

Speaking to newsmen shortly after the meeting, the international basketball player expressed gratitude to Gov. Ugwuanyi for hosting her and her family at the Government House, Enugu, saying: “It is a great honour coming back home, and I really want to thank the governor. We appreciate him”.

Elonu equally appreciated all her supporters and fans, and revealed her plan to organize a basketball camp today, December 27, 2021 at the Indoor Sports Hall, Nnamdi Azikiwe Stadium Enugu, where she will teach girls the basics of basketball and encourage them to develop interest in the sports as a means of earning resources and attention, stressing that “it is a good starting point here in Enugu”. 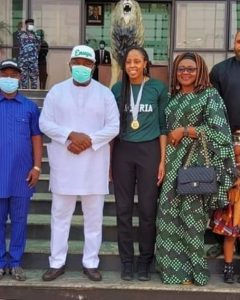 The Tigers lead in Africa