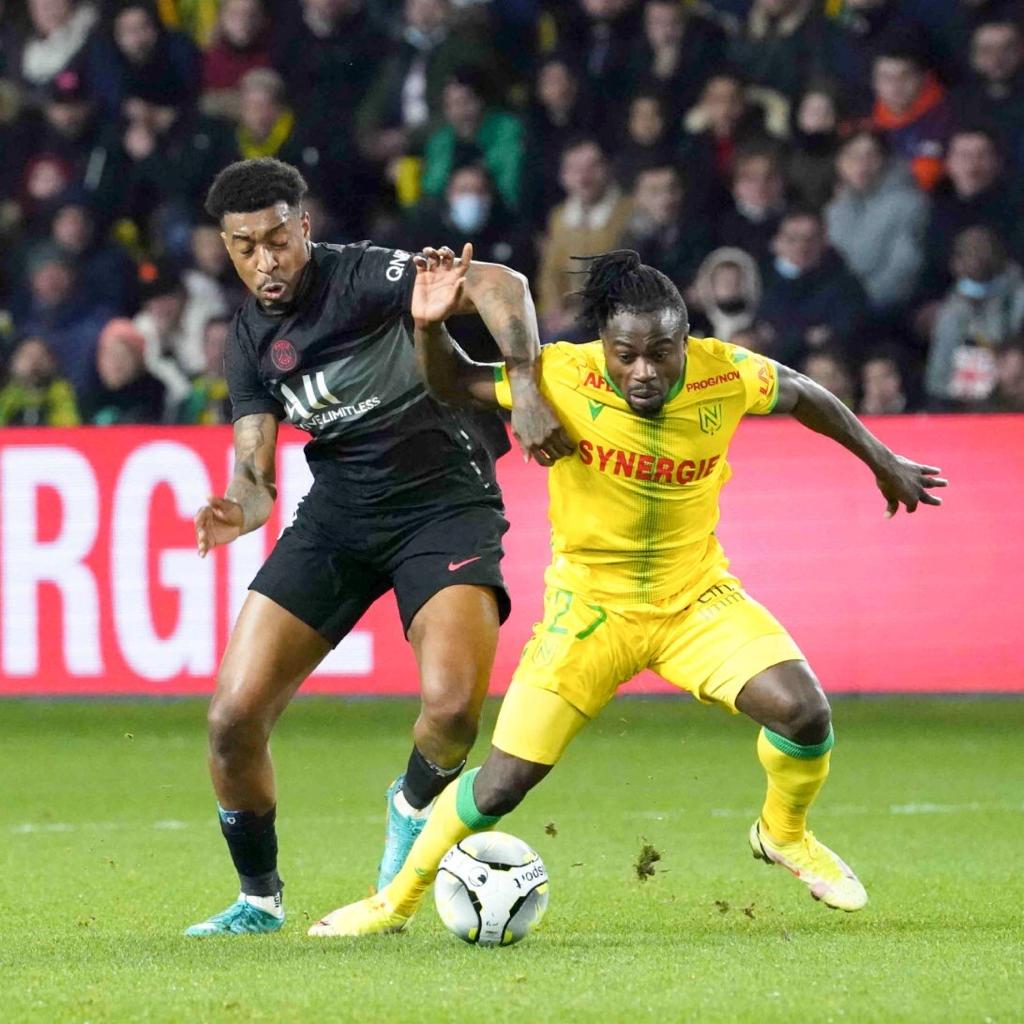 Moses Simon was in scintillating form as he bagged an assist which saw Nantes defeat Paris St-Germain 3-1 in the Ligue 1 on Saturday night.

PSG lost in the league for just the second time this season as Nantes profited from a superb opening 45 minutes to upset the leaders.

Simon was very influential in the first half with an assist, one shot, three chances created and 2/3 successful crosses.

It is Nantes’ third consecutive win while for PSG it is a first loss since they were knocked out of the French Cup by Nice on penalties on January 31.

Mauricio Pochettino’s side – unbeaten in Ligue 1 since October – fell behind to a smart Randal Kolo Muani finish on four minutes thanks to Simon’s assist.

In the 16th minute Nantes doubled their lead through Quentin Merlin before Ludovic Blas slammed in a penalty in six minutes of first half added time.

Just two minutes into the second half Neymar pulled a goal back for PSG off an assist from Lionel Messi.

PSG had another glorious chance to reduce the deficit after they were awarded a penalty but Neymar saw his effort saved on 59 minutes by Alban Lafont.

Mbappe missed another superb opportunity when a loose ball fell his way seven yards out and Nantes keeper Lafont was again on hand to turn away a late strike from Julian Draxler.

Nantes jump from 10th to fifth in Ligue 1, while Marseille can cut the gap to PSG at the top to 10 points if they beat Clermont at home on Sunday.