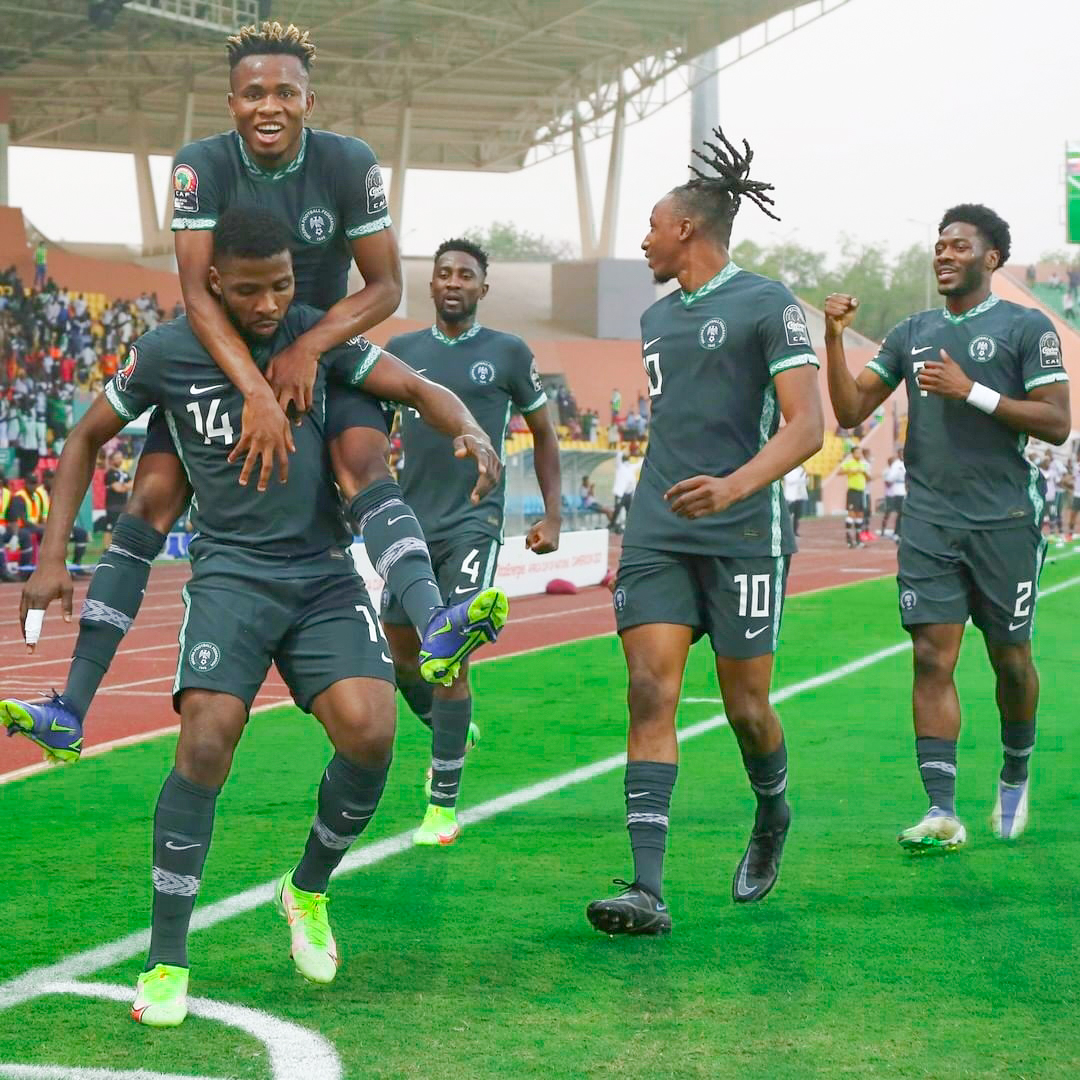 Maduka Okoye – Had virtually nothing to do in the first half bar a near post save. He did come up with a save using his legs to deny Mohammed Salah the chance to draw Egypt level…..6/10

Ola Aina – Held his own against the Egyptian left winger.

Apparently playing under instructions not to overlap as he stayed behind unlike his usual style of joining attack. He did join the attack in the second half but poor decision making in the final third denied him the chance to picking an assist orc Scoring…..6/10

Zaidu Sanusi – Double up nicely with Moses Simon on the left. Marked his man with ease and showed a lot more composure in possession even under pressure. Should have done better by joining the attack especially in the second half…..6/10

Kenneth Omeruo – Kept Mohammed Salah quiet. Passed out of the back nicely and didn’t look out of pace despite his obvious lack of pace. Got injured hence his substitution in the second half…..7/10

William Ekong – Showed an uncharacteristic composure with his distribution. His best game in a Nigerian shirt for a while. Almost handed the Egyptian a route back into the game when he played salah on but Okoye spared his blushes…..5.5/10

Wilfred Ndidi – The heartbeat of the Nigerian team. Mopped up nicely and also linked up play with ease. Dominated Mohammed El Neny proving why he is so highly rated…..7/10

Joe Aribo – Rolls Royce footballer who makes the difficult things look so easy. Worked very hard off the ball to deny the Egyptians space and time on the ball…..6.5/10

Kelechi Iheanacho – Took his goal with a strike that confirmed his status as one of the most lethal finisher in world football. Should have scored twice. Once his usual composure deserted him when a loose ball fell to him. The other chance he shot wide when through on goal by Ndidi…..7/10

Moses Simon – Lively, unstoppable and commanding in the first half. Roasted the Egyptian full back with ease. Should have scored and also bagged an assist but his final ball and decision in the box cost him. The best player on the pitch for Nigeria…..7.5/10

Taiwo Awoniyi – Held up play nicely and used his physical strength to unsettled the Egyptians. Thought he scored with a header but the ball came off the bar. Wasn’t his best display but he put in a commendable shift for the team…..6/10

Semi Ajayi – Came in for the injured Omeruo and didn’t put a foot wrong although not like he was tested.

Chidera Ejuke – Wasted two good chances to kill the game due to poor decision making in the final third. Did get involved more than chukwueze the man he replaced…..4/10

Sadiq Umar – Showed his physical ability and his ability to thread passes but didn’t get involved enough to earn a rating.

Kelechi Nwakali – Went missing upon his introduction didn’t provide the stability that was expected of him.

Alex Iwobi – A late sub who did well to ensure that Egypt were denied a late chance at goal with a smart defensive header.