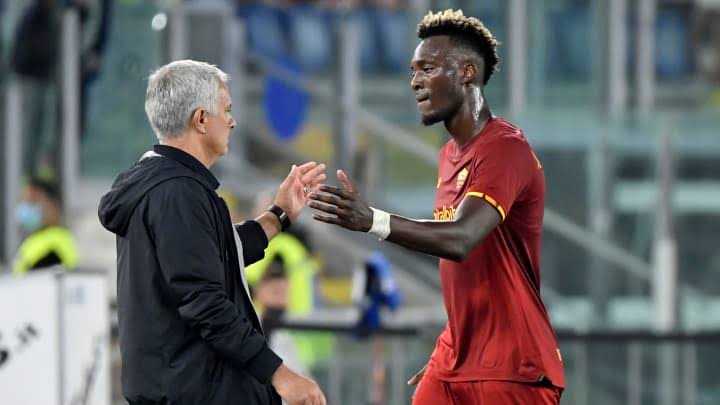 Coach of Roma Jose Mourinho says Tammy Abraham should consider a switch of nationality if he keeps up his fine form but doesn’t get a call up to the England national team.

The 23 year old has improved tremendously since making the switch to Roma with two goals, two assists in five games play so far. Roma are yet to lose a game this season with six wins in six games.

Mourinho said he is working on making the forward a feared striker who can be of use to the senior national team of England for the good of the team of Gareth Southgate.

He however suggested that if he doesn’t get a look in then he should consider switching nationality to Nigeria. An option he had In2017 but decided to pledge his international future to England after rising through their youth ranks.

“I am trying to create a monster of a forward for Southgate.

Unless he doesn’t have proper eyes. Then I would suggest Tammy Abraham switch countries. He deserves more caps under his name”, he was quoted to have said.

One thing the former Chelsea coach didn’t take into consideration before making his statement is that despite the new change inaL nationality switch by FIFA, the forward is still ineligible to represent Nigeria.