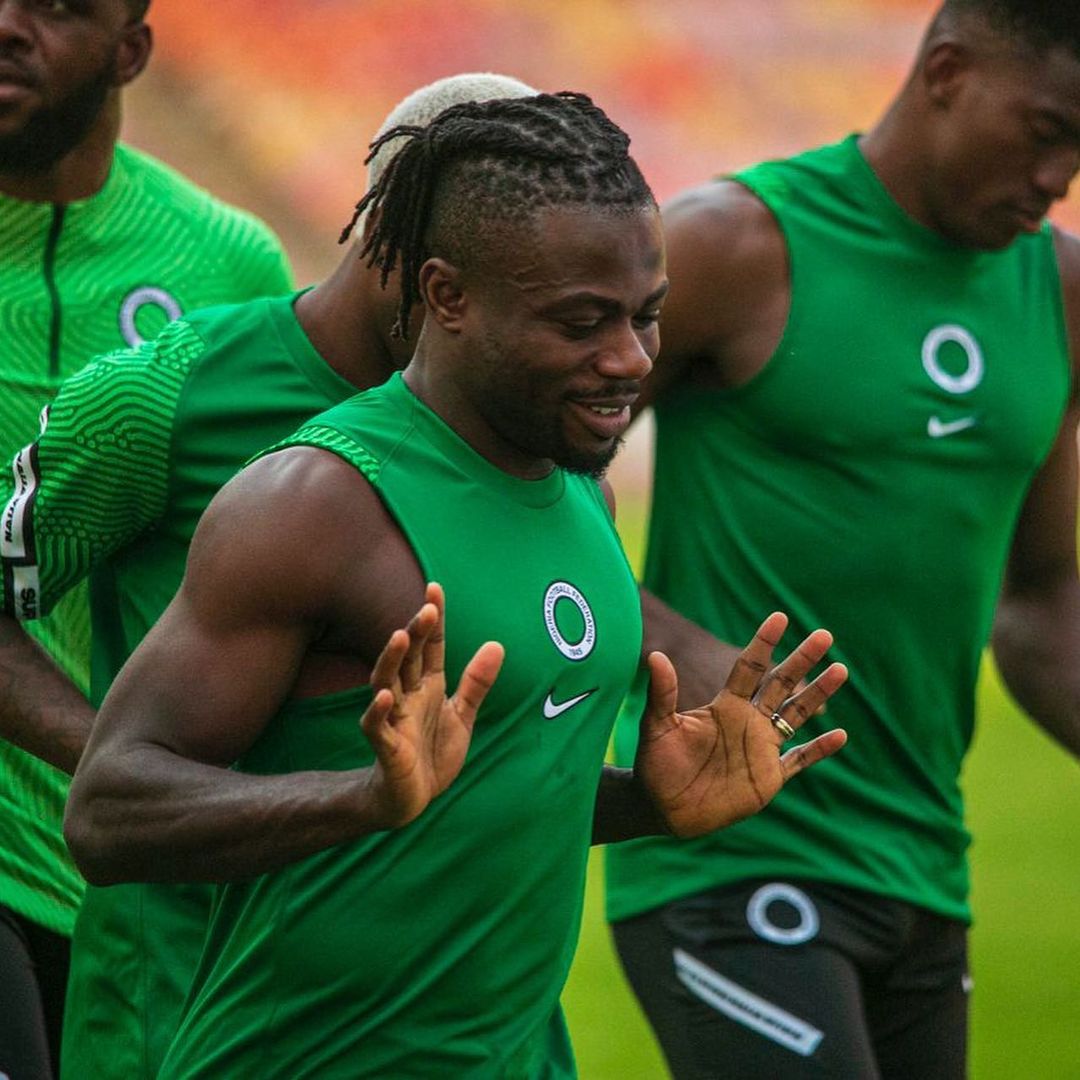 Nantes of France winger Moses Simon will be a part of the Super Eagles group of captains for the 2021 Africa Cup of after wearing the armband in the second half of yesterday’s 2-0 win over Coton sport.

Interim coach of the team Austine Eguavoen made as many as nine changes for the second half of the friendly encounter and handed the captain armband to the 26 year old.

Simon responded with a near faultless performance which he capped with an assist for Samuel Chukwueze for the second goal which sealed victory for the Super Eagles.

It is believed that Eguavoen sees him as one of the Captains alongside the duo of Ahmed Musa who is the substantive captain and William Troost Ekong who is his deputy, Simon will play the role of third captain we gathered.

He has been a part of the Super Eagles squad since 2015 making him one of the senior players in the Nigerian team who will begin their quest to win a fourth Africa Cup of Nations with a game against Egypt on the 11th of January.