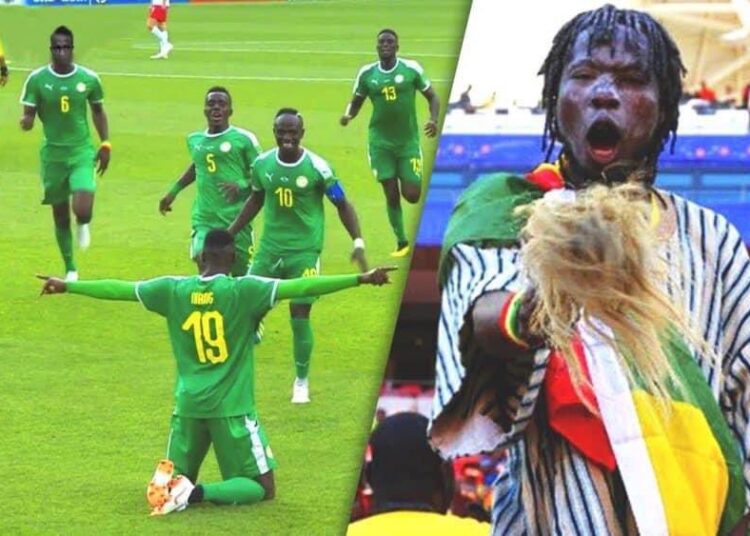 Renown Senegalese witch doctor has predicted on the lions of Teranga to be the winners of the 33rd edition of the TotalErnegies African Cup of Nations expected to kick-off barely 12 days from now in Cameroon.

The famous witch doctor who failed to reveal his identity on a Twitter page, says it is time for Head Coach Aliou Cissé and boys to rightfully grab the AFCON trophy after falling short in 2019.

For many football pundits, Senegalese supporters, Sadio Mane, Edouard Mendy and mates are favorites in this year’s AFCON among the likes of Algeria, Morocco, Cameron and Ivory Coast.

The Senegal’s national football team that was expected in Rwanda have cancelled the camp to camp at home from December 31.

Local-based players in the Teranga lions squad, are expected to report to camp this week ahead of the continental showpiece.

Foreign-based players are expected to join the side by January 3, seven days before the first game in Cameroon.

The West African giants are pooled alongside Guinea, Malawi and Zimbabwe in Group B.

They take on Zimbabwe on January 10th for their first match of the tournament, before playing Guinea four days later and Malawi on January 18.

Cissé hopes his squad can better the country’s performance at the continental competition, having finished as runners up in 2019 and 2002.

2022 W’Cup Playoff: Choice Of Strikers Against Ghana Will Be Eguavoen’s Biggest Headache –Tijani

Aribo nets on his home debut.