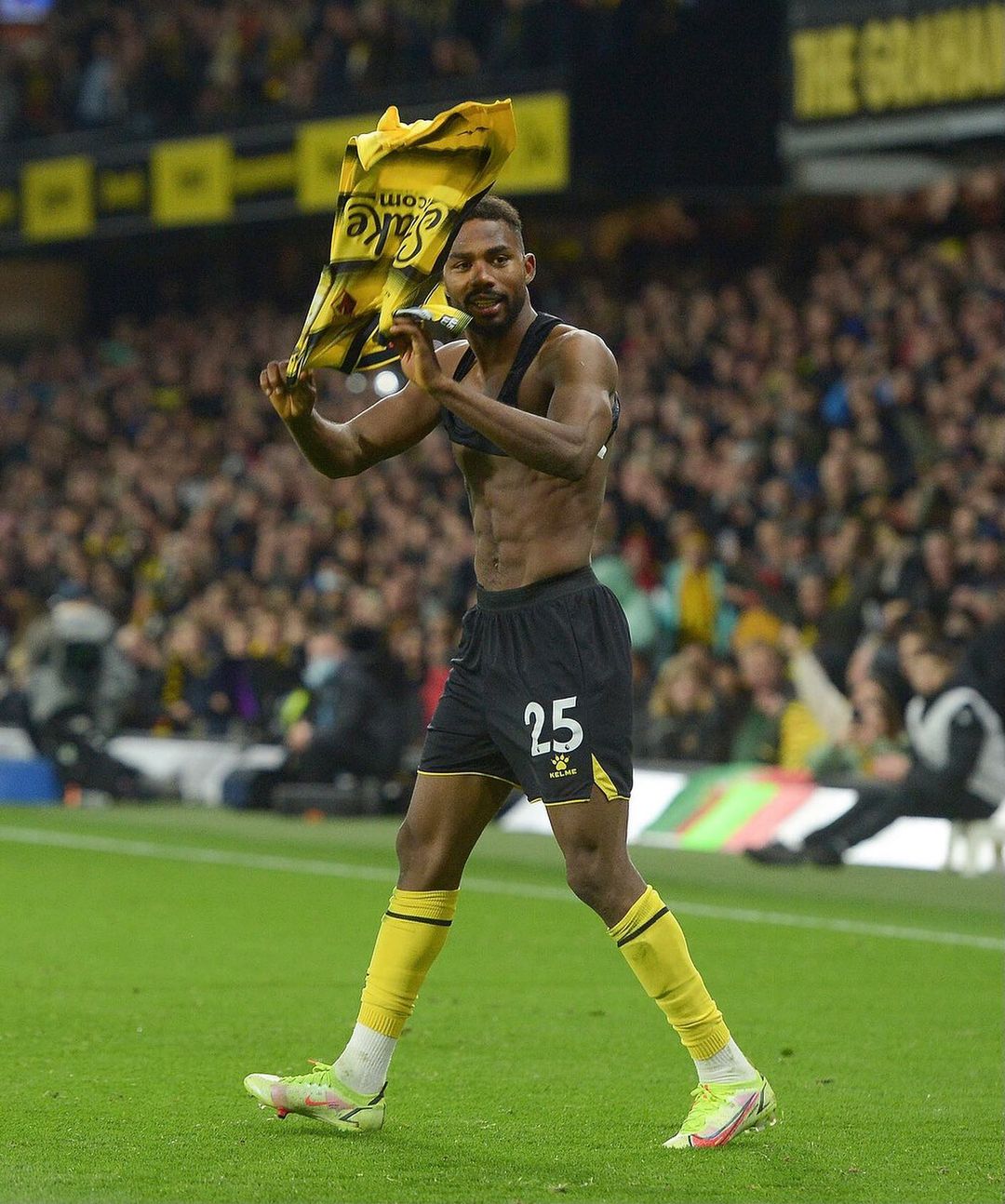 Super Eagles interim coach, Austin Eguavoen has revealed that Watford striker, Emmanuel Dennis told him that his club threatened him to miss the 2021 Africa Cup of Nations, AFCON. Eguavoen claimed that Dennis told him he wanted to be part of Nigeria’s squad for the AFCON this year, but Watford did everything humanly possible for him not to be at the tournament.

Dennis was among the four players who were replaced in the Super Eagles’ squad for the AFCON in Cameroon this January.

The 24-year-old was replaced in the Super Eagles’ 28-man squad on Friday by Olympiacos’ Henry Onyekuru after his Premier League club declined his release to play at the AFCON “Dennis told me that his club had done everything humanly possible for him not to be at the AFCON,” Eguavoen told NFF TV.

“I can’t force it, I reported the matter to authority and they also tried, that was why we had to wait until the last second before we pushed the button”

“Dennis said he wanted to come, but the club are threatening him. What do we do if a player does not want to come, we have to play with what we have. Based on that, I like the enthusiasm because I only informed Onyekuru once and he was happy aboutInitially, he has been an integral part of this team and I felt bad that some of them wouldn’t be around but decisions have to be made.

Onuachu, Onyekuru, Ebuehi, and few other ones and as soon as that opening was there, Shehu Abdullahi also said that the report came out that he’s been injured and he’s going to be out for ten days to two weeks and we reached out to Tyronne and he was happy too.”